Ochheuteal Beach. (Chnay Occheuteal) is a long and narrow strip of white sand beach, and the most developed tourist beach in Sihanoukville. The northern section is misleadingly called Serendipity Beach, when in reality it's all just the same beach. A popular beach with western tourists and increasingly locals, there are numerous hotels, guest houses, beach huts, minimarts, restaurants and travel agencies, as well as growing nightlife making it one of the party beaches of South East Asia.

The amenities are found around three main areas: 1) the beach itself, 2) the road running parallel to the beach and 3) the road running perpendicular from the dock at "Serendipity Beach" up to a huge traffic circle. All these areas have numerous amenities that cater to visitors within walking distance. On the beach there are around 30 beach huts serving good value meals and a wide selection of drinks. A golf-course development at the southern end, and a cluster of mid-range hotels and restaurants near the MP base in the middle. Grass umbrellas, rentable beach chairs and little drink huts line the beach from one end to the other. Les Feuilles), within walking distance of the hotels. Further south along the beach in front of the golf course development, a number of budget traveler/backpacker oriented bar/restaurant/beach hangouts have sprung up offering chairs, umbrellas, drinks and a chill-out atmosphere.

The main and widest beach in Sihanoukville stretches for more than three kilometres from Serendipity Beach in the northwest down to the river and Queen's Hill in the southeast. The end nearest town and Serendipity is the busiest with beach-side restaurants serving cool drinks and cheap food while also providing sun-loungers and umbrellas. As you progress down Ochheuteal Beach towards the river it gets noticably quieter until the beach restaurants give way to rough scrubland and Casaurina trees which once lined the entire beach.

During Khmer hoildays and at Christmas and New Year this beach is jam-packed solid with Cambodians who have come down from Phnom Penh and the provinces greatly out-numbering the foreign tourists. This is also the haunt of most of the beach sellers peddling their wares and when someone shows an interest in buying something the scene quickly takes on the appearance of a feeding frenzy.

Owned by Sokha Beach Resort, it is private but you can access it by paying a couple dollars. 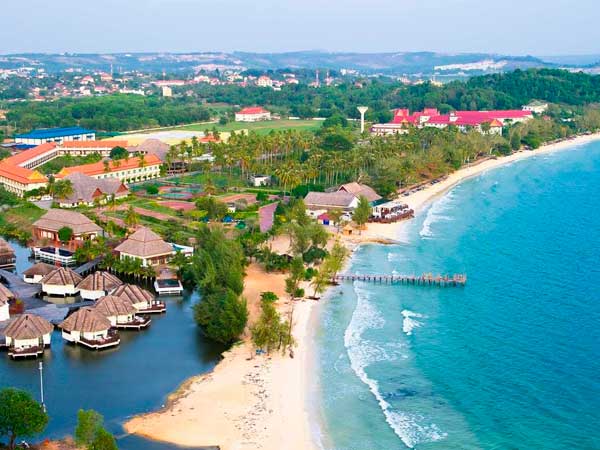 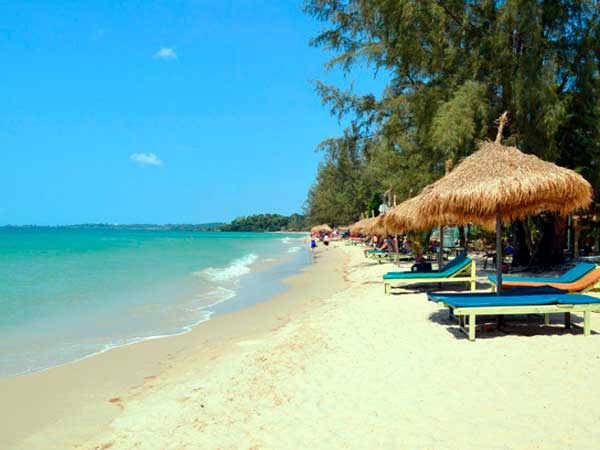 The island has 43 km of beautiful sandy beaches along both its Eastern and Western shores; its main attraction. 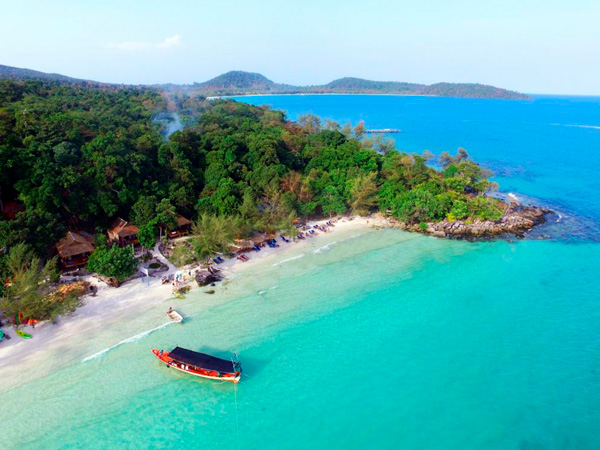