The bamboo train is a unique and creative form of ad-hoc local transportation. It consists of a small motorcycle engine-powered bamboo cart that rides the railroad tracks, picking up and dropping off passengers, cargo, animals, motorcycles along the way. When it meets on-coming train or bamboo train, it can be disassembled and taken off the rails in a minute or two, allowing the other to pass. Cambodia is currently in the process of upgrading its rail system. When the Battambang tracks are replaced, the Bamboo Train will likely come to an end. If you ever wanted to try the bamboo train, it’s now or never.

Norries have low fares, are frequent and relatively fast, so are popular despite their rudimentary design, lack of brakes, the state of the rails (often broken or warped) and lack of any formal operating regime. Simple construction and light weight mean that the norry may be simply removed from the track – if two meet on the line, the one with the lighter load is unloaded, lifted and carried round the other, and at the end of the line the vehicle is lifted and turned. 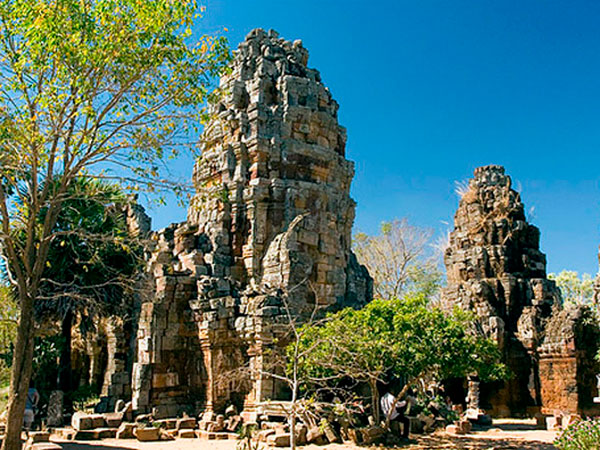