Mondulkiri is an eastern province of Cambodia, which is the most sparsely populated province in the whole country although being the largest province in Cambodia. The province is chock full of natural beauty, with thickly forested mountains, powerful waterfalls and the lush green rolling hills of the western side.

Despite the growing deforestation, especially due to the valuable minerals remaining in the deep red, fertile ground, Mondulkiri has still one of the biggest successional woodlands of Cambodia. Except being in Sen Monorom, you'll find deep pure jungle, with a huge variety of flora and fauna. You may also find gigantic and beautiful waterfalls, where you can take an empowering shower, such as the impressive Bou Sraa.

Sen Monorom is the provincial capital and doesn't show up as a typical Cambodian town, while it is the only town the province has to speak of. With approx. 7500 inhabitants, 20 guesthouses, 12 restaurants, 3 bars and no post office it is often compared to American Wild West frontier towns. Concerning the quietness and beauty of Sen Monorom people from other parts of the country move here and therefore the land price doubled from 2006 to 2007.

The town of Sen Monorom is the best base camp for travellers who want to explore the surrounding areas. A quiet but beautiful town nestled into the hills; it has a lot of potential to develop into a centre for non-intrusive eco-tourism. At present, it's very undeveloped, which gives you a feeling of going somewhere off the beaten tourist trail. Add to that the communities of hill tribe people, who are not affected by mass-tourism, as they are in neighbouring Thailand, and you have an area that is very attractive to the adventure traveller.

Also interesting is the variety of languages being used: Khmer, hill tribe languages, Vietnamese and Lao. 80 percent of the population in Mondulkiri is made up of ten tribal minorities, with the majority of them being the Chunchiet from the tribe of the Phnong. The remaining 20 percent are Khmer, Chinese and Muslim Cham. Most of the population lives off the land, planting rice, fruit trees and a variety of vegetables. Others grow, coffee, strawberries, rubber and cashew nuts.

More and more houses are built in the typical Khmer style. Visiting the hill tribes you still can find the traditional Phnong houses. In the houses you can find traditional gongs and big jars, whereby the last ones are said to be more than a thousand years old. There are various sorts of gongs used for different occasions. Jars and gongs are among the most valuable possessions in an indigenous community, whether in traditional, spiritual or material terms. During the Khmer Rouge Regime those objects were buried in hidden places in the jungle and in many cases they still wait in the ground. 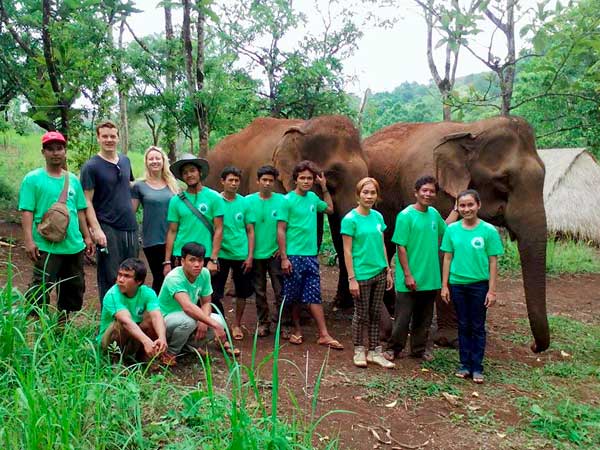 The Bousra Waterfall is conveniently located in Pech Chenda District, 43 kilometers from Sen Monorom. It can be accessed by red soil road. The waterfall is one of the most interesting places for keen tourists. 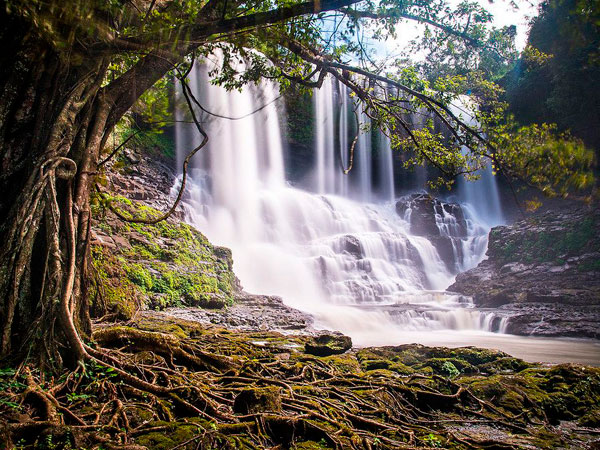 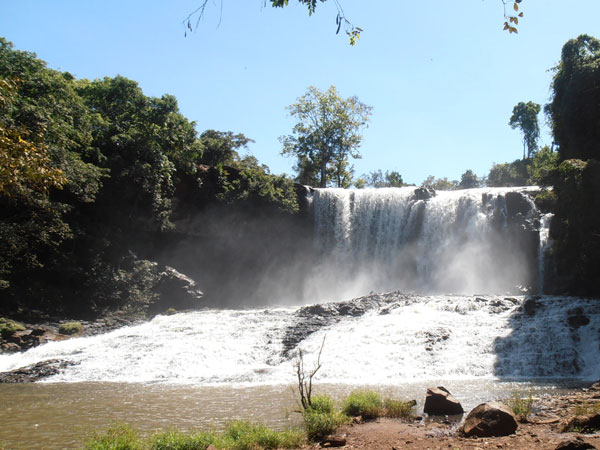 Tree Ocean (Samuth Cher) is located in the northwest of Sen Monorom district, Mondoulkiri Province near Phnom Doh Kromom Pagoda “The Ocean of Trees” or Samut Cher lookout is a nice place for a great view over the hills and forests of Mondulkiri.

The Yok Sros Phlom or Phnom Dos Kramom Resort is located in Dos Kramom Village, Sokhdom Commune, Sèn Monorom District; 3 km away from the provincial town. It can be accessed by path. 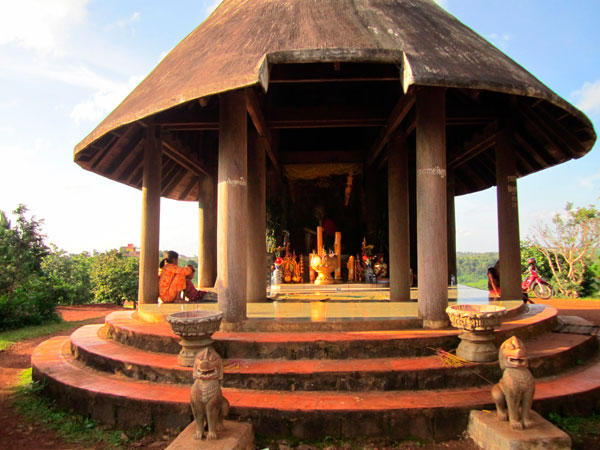 Lumphat Wildlife Sanctuary is the part of Mondulkiri wildlife sanctuary, is one of Cambodia’s natural wonders. Located in the northwestern provincials of Mondulkiri and Ratanakiri province. 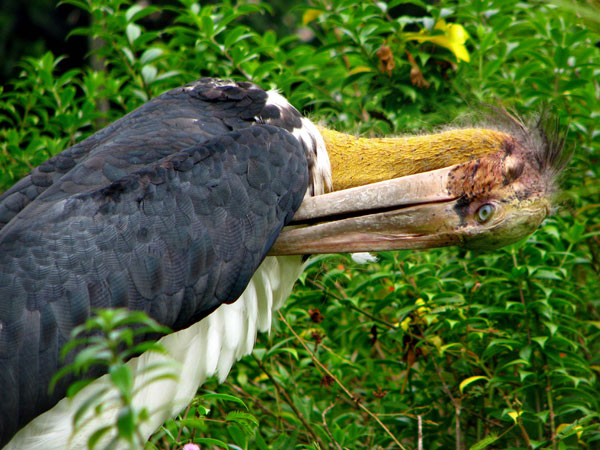 The BUNONG are the indigenous peoples of Mondulkiri, although considered a ‘minority’ they in fact make up the majority of the population of Mondulkiri Province 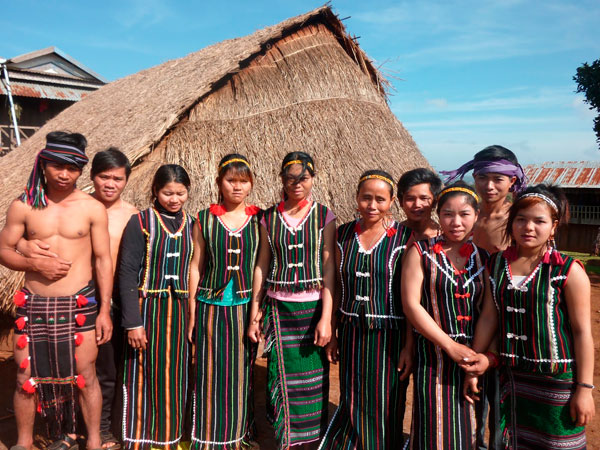