Preah Vihear is quite a big northern province of Cambodia. Its capital is called Phnom Tbeng Meanchey. The province itself is named after the temple of Prasat Preah Vihear, what is definitely the hotspot of this province. Much of the province is extremely remote and strongly forested. Unfortunately do large logging companies reduce the natural landscape by carving huge tracts of pristine tropical hardwoods out of the locations. It is also one of the least populated provinces in the Kingdom of Cambodia. This tranquil site is popular for the Preah Vihear temple, standing in the vicinity of the borderline between Thailand and Cambodia.

The province has one of the worst infrastructures in the country there are even no proper Major Roads in existence. Going around this province is not that easy if you're used to proper roads and usual transportation possibilities, as there are only a few pick-ups or some money-hunting moto drivers to take you where you would like to go.

Whatsoever the province has a lot to offer for those, who are interested in ancient temple structures and remote villages without touristy influence. Here in Preah Vihear you may find three of the most impressive legacies from the Angkorian era: the mountain temple of Prasat Preah Vihear, the 10th-century capital of Koh Ker and the mighty Preak Khan.

Koh Ker is nowadays easily accessible from Siem Reap via Beng Mealea, but the other two still remain difficult to visit, requiring long and tough overland journeys and a distinct possibility to spend a night in the jungle. During the wet season these places are more or less unreachable. But there are governmental plans to develop the region for a smooth but constant tourism, building roads and improving infrastructure.

The provincial capital Tbeng Meanchey is due to the state of the infrastructure and it's geographical location not visited by a lot of foreigners. Most of them don't make it here worrying about the street conditions and the backcountry feeling of no fast supply in need. The city is sprawling and dusty and consists of little more than two small major dirt roads form South to North. There is nothing interesting in town or to do, so it has necessarily become more a stopover on the way to Koh Ker and Preah Khan.

The Preah Vihear Temple is a Khmer temple situated at the top of Poy Tadi, a 525-metre (1720 ft) cliff in the Dangrek Mountains located in the Preah Vihear Province of northern Cambodia. 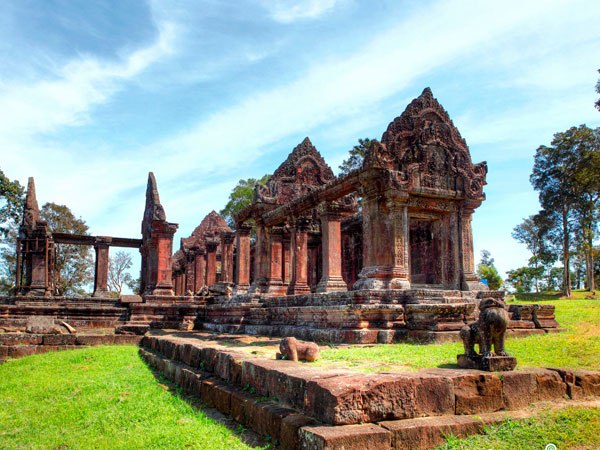 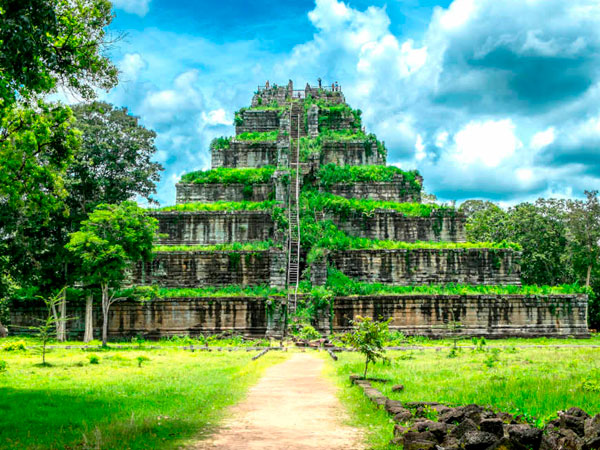 The Bakan temples are located in Ta Siang village, Ronakse commune, Sangkum Thmei district, about 105 kilometers southwest of the provincial town. on a plain that was a former worship place of the king.