Banteay Chhmar is a largely unrestored, sprawling monastic complex set amongst jungle overgrowth. Face towers, temple in jungle scenes and extensive, amazingly well preserved bas-reliefs provide some of the highlights. Banteay Chhmar was dedicated to the son of the King, Jayavarman VII, who died fighting Champa. Khmer-Cham battles are depicted in the bas reliefs.

This enormous complex, which was a temple city, is one of the most intriguing in the Khmer empire, both for it's scale and it's remote location. Never excavated, Banteay Chhmar fits the picture of a lost Khmer city with its ruined face-towers, carvings, forest surroundings and bird life flying through the temple.  It has a romantic and discovery feel to it.

12th to the early 13thcentury and it means Narrow Fortress. It is thought to have been built by Jayarvarman II. It was later rebuilt by Jayarvarman VII as a funerary temple for his sons and four generals who had been killed in a battle repelling a Cham invasion in 1177.

Like Preah Khan, Angkor Wat and Angkor Thom, Banteay Chhmar originally enclosed a city with the temple at the heart. No traces of the city that surrounded the temple remain.

The temple area covers 2km by 2 and a half km. It contains the main temple complex and a number of other religious structures and a baray to its east. A mote filled with water and a huge wall inside of that encloses the center of the temple. This mote is still used to present day by locals for fishing and daily chores. A bustling small market and village bounds the east and south east and perhaps there has been continuous habitation there since the founding of the temple.

Inside the mote, a stone rest house and chapel can be seen. The highlight of Banteay Chhmar is the bas-reliefs, which are comparable with the Bayon. They depict battle against the Chams, religious scenes and a host of daily activities. In parts, the outer wall has collapsed. On the west side a spectacular multi-armed Lekesvara can be seen. The temples central complex is a jumble of towers, galleries, vegetation and fallen stones. Beautiful carvings can be seen throughout.

Besides the Sarus Crane, the reservoir harbors more than 200 species of other birds, of which 18 have been classified as globally threatened or globally near-threatened. 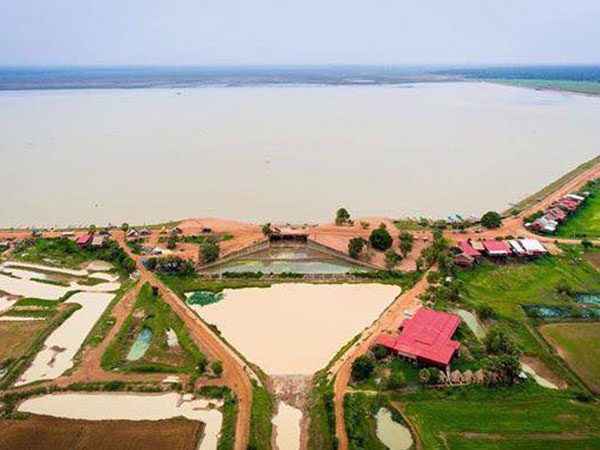 Banteay Torp (pronounced Tor-op) Temple is a fascinating and interesting temple site. The name is thought to mean ‘Fortress of the Army’ and it was built during the same period as the Banteay Chhmar temple complex. 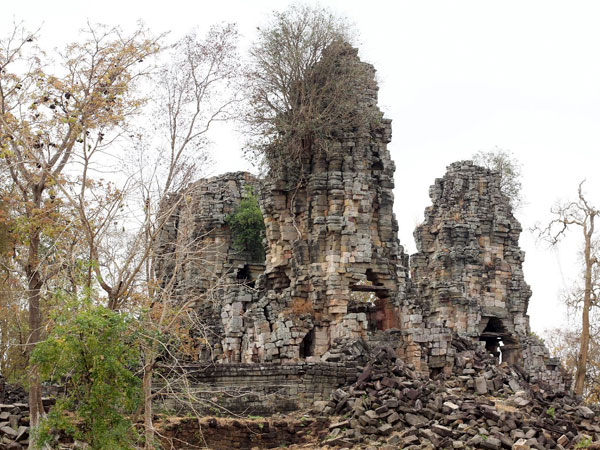